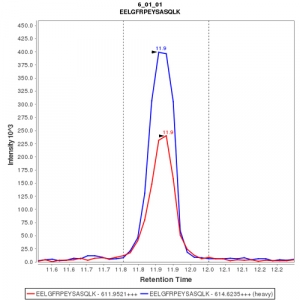 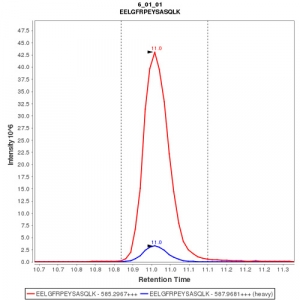 This gene encodes a chromatin-associated enzyme, poly(ADP-ribosyl)transferase, which modifies various nuclear proteins by poly(ADP-ribosyl)ation. The modification is dependent on DNA and is involved in the regulation of various important cellular processes such as differentiation, proliferation, and tumor transformation and also in the regulation of the molecular events involved in the recovery of cell from DNA damage. In addition, this enzyme may be the site of mutation in Fanconi anemia, and may participate in the pathophysiology of type I diabetes.ARP1 (Poly(ADP-Ribose) Polymerase 1) is a Protein Coding gene. Diseases associated with PARP1 include Diphtheria and Xeroderma Pigmentosum, Complementation Group A. Among its related pathways are Metabolism of proteins and Apoptosis and survival Caspase cascade. Gene Ontology (GO) annotations related to this gene include protein kinase binding. An important paralog of this gene is PARP2.Poly-ADP-ribosyltransferase that mediates poly-ADP-ribosylation of proteins and plays a key role in DNA repair (PubMed:17177976, PubMed:18172500, PubMed:19344625, PubMed:19661379, PubMed:23230272, PubMed:25043379, PubMed:26344098). Mainly mediates glutamate and aspartate ADP-ribosylation of target proteins: the ADP-D-ribosyl group of NAD(+) is transferred to the acceptor carboxyl group of glutamate and aspartate residues and further ADP-ribosyl groups are transferred to the 2'-position of the terminal adenosine moiety, building up a polymer with an average chain length of 20-30 units (PubMed:7852410, PubMed:9315851, PubMed:19764761, PubMed:25043379). Mediates the poly(ADP-ribosyl)ation of a number of proteins, including itself, APLF and CHFR (PubMed:17396150, PubMed:19764761). Also mediates serine ADP-ribosylation of target proteins following interaction with HPF1; HPF1 conferring serine specificity (PubMed:28190768). Probably also catalyzes tyrosine ADP-ribosylation of target proteins following interaction with HPF1 (PubMed:30257210). Catalyzes the poly-ADP-ribosylation of histones in a HPF1-dependent manner (PubMed:27067600). Involved in the base excision repair (BER) pathway by catalyzing the poly-ADP-ribosylation of a limited number of acceptor proteins involved in chromatin architecture and in DNA metabolism (PubMed:17177976, PubMed:18172500, PubMed:19344625, PubMed:19661379, PubMed:23230272). ADP-ribosylation follows DNA damage and appears as an obligatory step in a detection/signaling pathway leading to the reparation of DNA strand breaks (PubMed:17177976, PubMed:18172500, PubMed:19344625, PubMed:19661379, PubMed:23230272). In addition to base excision repair (BER) pathway, also involved in double-strand breaks (DSBs) repair: together with TIMELESS, accumulates at DNA damage sites and promotes homologous recombination repair by mediating poly-ADP-ribosylation (PubMed:26344098, PubMed:30356214). In addition to proteins, also able to ADP-ribosylate DNA: catalyzes ADP-ribosylation of DNA strand break termini containing terminal phosphates and a 2'-OH group in single- and double-stranded DNA, respectively (PubMed:27471034). Required for PARP9 and DTX3L recruitment to DNA damage sites (PubMed:23230272). PARP1-dependent PARP9-DTX3L-mediated ubiquitination promotes the rapid and specific recruitment of 53BP1/TP53BP1, UIMC1/RAP80, and BRCA1 to DNA damage sites (PubMed:23230272). Acts as a regulator of transcription: positively regulates the transcription of MTUS1 and negatively regulates the transcription of MTUS2/TIP150 (PubMed:19344625). With EEF1A1 and TXK, forms a complex that acts as a T-helper 1 (Th1) cell-specific transcription factor and binds the promoter of IFN-gamma to directly regulate its transcription, and is thus involved importantly in Th1 cytokine production (PubMed:17177976). Involved in the synthesis of ATP in the nucleus, together with NMNAT1, PARG and NUDT5 (PubMed:27257257). Nuclear ATP generation is required for extensive chromatin remodeling events that are energy-consuming (PubMed:27257257). Poly (ADP-ribose) polymerase (PARP) catalyzes the post-translational modification of proteins by the addition of multiple ADP-ribose moieties. PARP transfers ADP-ribose from nicotinamide dinucleotide (NAD) to Glu/Asp residues on the substrate protein.